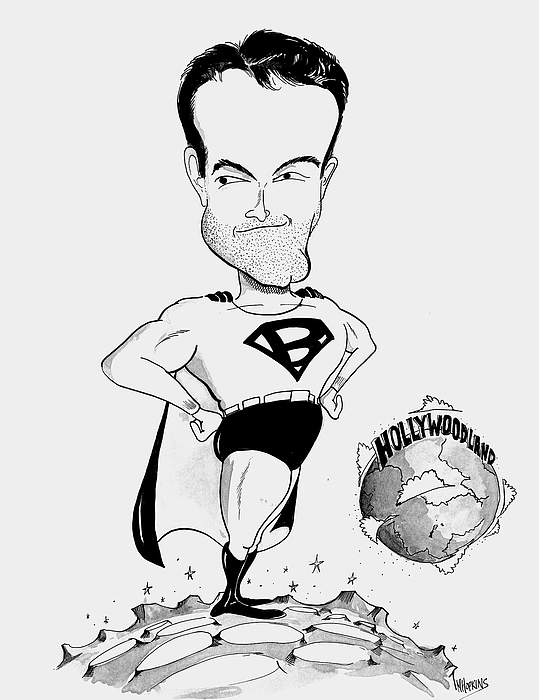 One of my favorites films is Hollywoodland, staring Ben Affleck. The movie presents a fictionalized account of the circumstances surrounding the... more

One of my favorites films is Hollywoodland, staring Ben Affleck. The movie presents a fictionalized account of the circumstances surrounding the death of Superman actor George Reeves. Although given a lukewarm reception by the critics, I really enjoyed the film. So much so, that I created this caricature of Ben Affleck portraying George Reeves.The caricature was created in 2010 with pen & ink on standard 11' x 14' drawing paper, and a slight wash. .