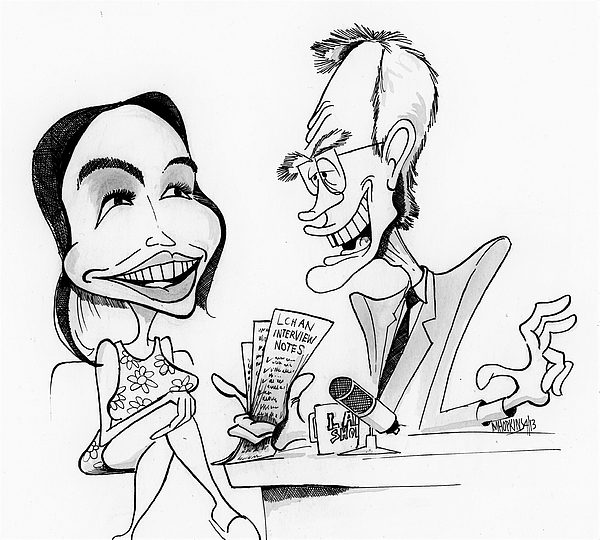 This signed, original, David Letterman & Lindsay Lohan Caricature was created by Artist, Michael Hopkins in April of 2013. Michael, already a fan of David Letterman, was inspired to create this drawing after David's interview with Lindsay Lohan, in April of 2013. This is one of Michael's favorite drawings.The drawing was created on 11" x 12 3/4" Bristol drawing paper with pen and black India ink and is framed and matted.