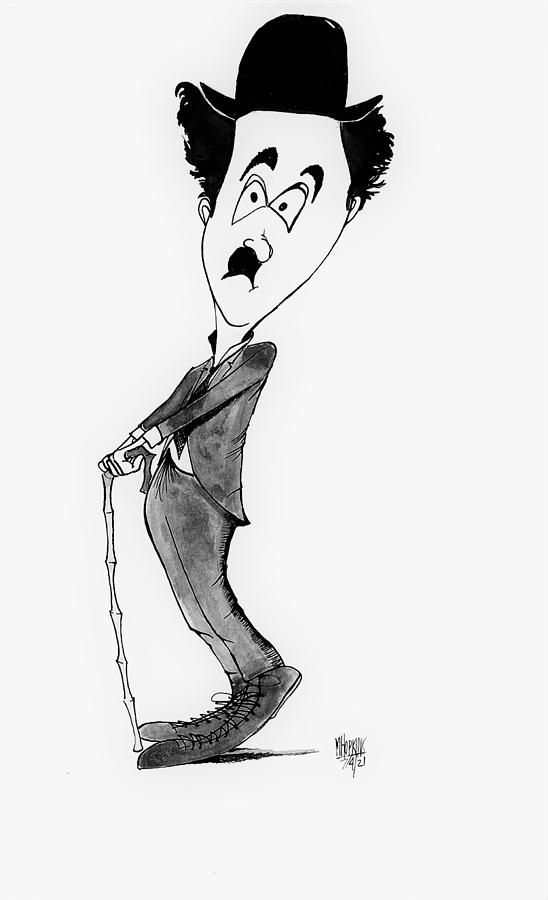 Charlie Chaplin was a comic actor and filmmaker from England, Charlie gained his fame during the silent film era. Charlie was best know for his films, The Kid (1921), The Gold Rush (1925), City Lights (1931), Modern Times (1936), The Great Dictator (1940). Charlie was one of the most important figures in film history.

This is the second Charlie Chaplin caricature I've created (the first one was in 2010). The original drawing was created on 11"x16" Canson Illustration board with pen & ink and ink wash