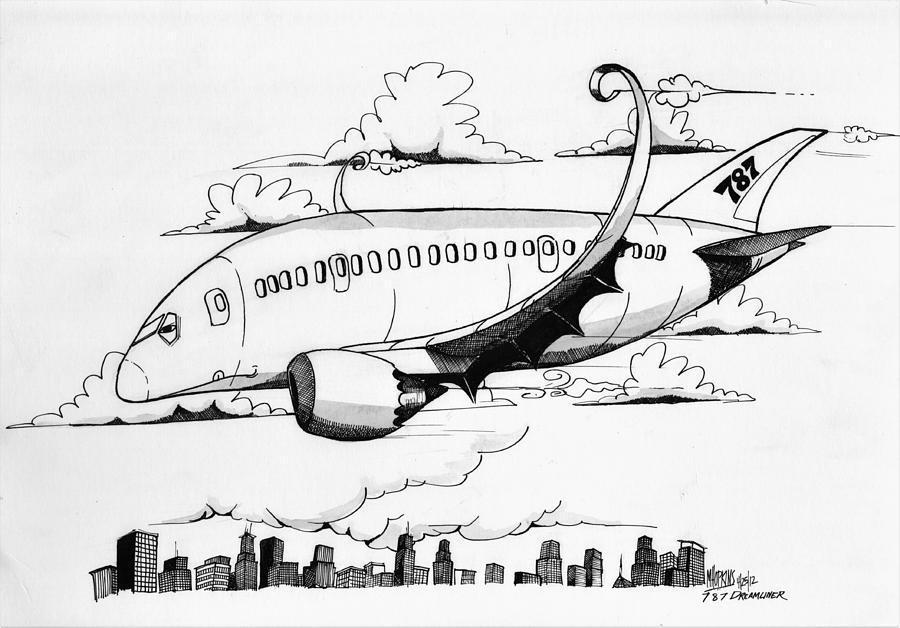 The Boeing 787 Dreamliner is a mid-size twin-engine airliner manufactured by The Boeing Company. It's the first airliner with an air frame constructed primarily of composite materials. The 787 was designed to be 20% more fuel efficient than the Boeing 767,which it was intended to replace.